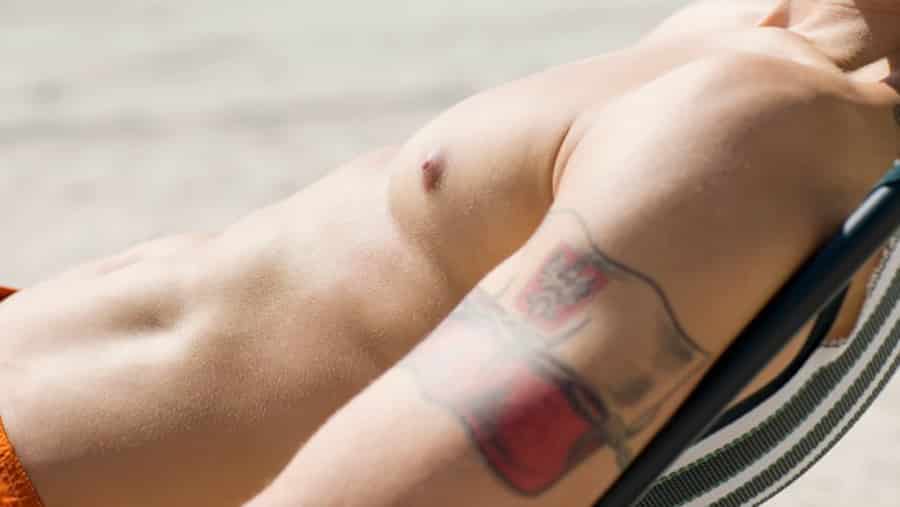 There have recently been some concerns raised through the media regarding a possible increased risk of skin cancer after Laser Tattoo Removal. Several points are worth making in addressing this assertion.

It is certainly true that Laser Tattoo Removal can sometimes result in a change to the normal skin colour due to a reduction in the normal melanin pigment in the skin. This is called Hypopigmentation and whilst it is usually temporary it can be long lasting or even permanent in some patients following their Laser Tattoo Removal treatment.

Any skin condition or skin treatment including Laser Tattoo Removal, that results in the loss of skin pigment, does reduce the body’s natural protection against sun damage and hence increases the potential for sun damage and by extension skin cancer risk. We strongly advise if Hypopigmentation occurs, from whatever cause, that direct sun exposure to that area is avoided or as a minimum SPF 30+ sunscreen is applied.

The risk of Hypopigmentation is increased if inappropriate Lasers or IPL machines are used for Tattoo Removal and also if incorrect power settings are used. Unfortunately in Australia there are very few regulatory controls on Laser Tattoo removal so it is up to the consumer to be wary. Safer and more reliable results, with less risk of complications such as Hypopigmentation, will be obtained with Laser Tattoo Removal if the procedure is undertaken in a medical clinic environment, using medical grade laser equipment and is performed by experienced laser practitioners with University qualifications.

The Skin Cancer Foundation of the USA make the point that the inks used in tattoos have never been shown to increase the risk of developing skin cancer or increasing the risk of recurrence if there is a past history of skin cancer ( www.skincancer.org/skin-cancer-information/ask-the-experts/are-there-skin-risks-associated-with-tattoos)

The light from lasers is what is regarded as non-ionising radiation that doesn’t adversely damage the cellular DNA and there have been no medical studies linking the lasers used for Tattoo removal with directly causing skin cancer development.  However, there have several reports in the medical literature of melanomas developing at the site of tattoos, and one case study out of Germany of a melanoma developing in a mole within a tattoo being removed by laser treatment. This has prompted a general recommendation that for safety reasons that tattoos should never be placed on top of pigmented skin lesions and if they are excision should occur before starting Laser Tattoo Removal.